Unfortunately, it is a dangerous world that we live in. It seems as though there is a new hazard waiting around every corner that we turn. One such danger that is widespread around the country are the constant IRS and Social Security Administration scams that affect hundreds of thousands, if not millions, of people every year. In 2017 alone, nearly 1 in 5 people who reported some type of imposter scam lost some amount of money. The total for these scams was estimated to be around $328 million.

You may be thinking that you would never fall for some stupid scam that some guy in his basement is trying to fool you with, but clearly there are plenty of people that are being duped based upon the sheer amount of money that people lose every year to scams. These impersonators are persistent and often times deploy tactics that are very believable, even to people that have experience dealing with the IRS or SSA.

Individuals will often say that they are calling from the SSA and that they need personal info in order to give you some sort of rebate or additional unpaid funds. Another common line that they use is that there is a computer glitch in their system and that all of your personal information has been lost. SSA scams can be especially effective against older individuals that may rely on their social security payments as a large part of their yearly income. When a scammer threatens to stop paying an individual’s social security payments it can be easy for someone to not think and give away their personal information; do not fall for these scams! The SSA has made it perfectly clear that they will never send any emails asking for personal info and advises people to never give personal info to anyone over the phone until you have confirmed without a doubt that they are from the SSA.

Regrettably, the scams do not stop with the SSA. IRS scams are also extremely rampant and have been some of the more effective scams in recent years. They take advantage of people’s generosity after natural disasters and effectively use scare tactics to make people think they have no other option other than to pay what the imposters want. They know when and how to take advantage of people and that somewhere out there is a person that won’t think twice before giving away their personal information. Thankfully, the IRS has released a list of tell-tale signs to use when deciding if someone is a scammer or not. The IRS will never:

By being aware of what scams are out there, whether it is a Nigerian prince asking for money or some other scam with a lot more sophistication, you can be prepared to handle whatever is thrown your way. Otherwise, you may very well fall victim to a scam that will put your precious personal information in the hands of people that can and will do serious damage both your finances and your peace of mind. 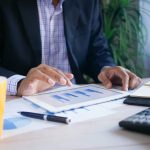 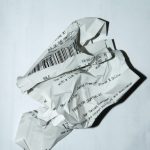